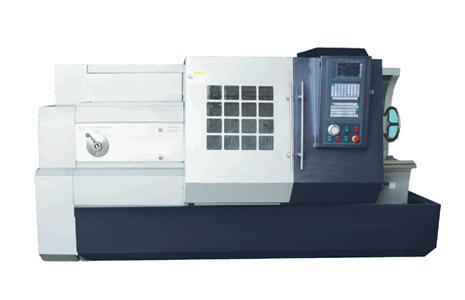 Liu Bo is the person in charge of an automation control company in Weihai City, supporting other equipment manufacturers throughout the year. Recently, his company has always wanted to buy laser cutting machines, CNC bending machines and other equipment, but because it is not practical to rely on imports, he can only focus on domestic machine tool equipment.

The problem is that most of China's high-end CNC machine tools have been developed through secondary development. The body of the machine tool is basically done by oneself, but the key functional components are purchased from abroad.

This dilemma is precisely the reality of China's high-end CNC machine tools: the development speed is indeed very fast, but more than 95% of them are occupied by foreign brands, especially key technologies and core technologies are highly dependent on foreign countries. "The domestic machine tool in the repeat positioning accuracy, certainly can not be compared with foreign countries, this is no doubt." China Machine Tool Industry Association, an expert said.

According to Liu Bo, after years of development, there are many high-end CNC machine brands in China. There are 20 or 30 major production companies, and companies like Huazhong CNC, Guangzhou CNC, and Beijing KND are all well-known in the industry.

Under the high-speed development of high-end CNC machine tools in China, it cannot change the fact that it depends on foreign technology. "Foreign CNC system, the failure rate is very low, although there are several old companies in China, but in practical applications, many times still do not work." Liu Bo said.

The aforementioned person from the China Machine Tool Industry Association told reporters that at present, more than 90% of high-end systems in China need to be imported, and the self-sufficiency ratio is less than 5%. The domestically produced high-end numerical control systems add up to less than 20%.

The reporter learned from the interview that the imported CNC machine tool, the price is relatively modest is Japan's Fanuc company, its CNC system accounts for about 60% of the world's CNC machine tools, in addition to Japan's Mitsubishi, Germany's Siemens, Heidelberg All of them are relatively high-end, and their actual usage is relatively small.

In the procurement business handled by Liu Bo, there is such an "assembly" device.

He said that the main components of a machine tool provided by a Jiangsu company include not only German technology, but also technology from other countries such as the Netherlands and Switzerland. The work done by this company is to integrate and assemble a new thing.

In response, Zhang Jian, honorary director of the Institute of Modern Manufacturing Technology, said in an interview with the media that there is still a large gap between the accuracy and reliability of these domestic machine tools and the foreign CNC machine tools. The situation: In many key industries, dare not use domestic CNC machine tools.

Ocean system, "not expensive" To develop underpowered <br> <br> industry believe that, due to the overall architecture of the gap between domestic numerical control system, high-speed high-precision control algorithms, such as servo drives, making the domestic numerical control system in high-speed, high-precision The five-axis machining and intelligent functions have obvious gaps from the world's advanced level.

On September 24, Wang Xiaolin, head of the Beijing Machine Tool Research Institute, told reporters that the reliable machining accuracy of CNC machine tools is standard, but the accuracy of lathes, milling machines, and grinding machines is different. Take the repeatability of milling machines as an example. The internationally better level is at 3 microns.

He said that the numerical control device can account for about 25% to 30% of the cost of the entire high-end CNC machine tool. â€œHow much is accounted for is very much related to the size of the bed, like the large bed of a gantry machine, the proportion of the system is relative. Lower, and the bed like the general machining center, the proportion is relatively large."

â€œThe domestic companies seem to have few companies that specialize in the field of machine tools. Many companies do not think about how to break through the CNC system and how to achieve a level with the foreign countries.â€ Liu Bo said.

East China CNC (002248.SZ) is a manufacturing enterprise that produces and operates large CNC machine tools for its main business. According to its six-month financial report, the company is currently the Chinese company's machine tool industry production and sales of CNC gantry rail grinders the most enterprises in 2012 successfully declared and is implementing the national major science and technology special project "MKW5230A/3 * 160 large-scale precision CNC gantry rail grinder." However, in Liuâ€™s opinion, Weihaiâ€™s Huadong CNC does rails for high-speed rails, but its gantry grinders use German technology because the core stuff is peopleâ€™s, and each of the machines sold also needs a portion of the costs for German companies.

Taking PLC (programmable controller) as an example, several domestic companies have been doing it, but they haven't really done it yet. â€œWeihai has a company that specializes in PLC R&D. It has been for ten years, but now the market hasnâ€™t Open, just do something for yourself."

The reporter understands that the PLC analog quantity that the company is now doing can reach the level of some foreign companies in terms of accuracy. However, after all, companies like this are doing too little research and development, and too many companies choose other paths.

Liu Bo believes that the price of foreign systems is not particularly expensive, and the cheaper it is, the more insufficiency of domestic innovation in this area.

It is understood that currently used PLC, the price of Germany's Siemens, the PLC with a smaller number of points will also be a thousand dollars, and the United States, Japan and other countries such things are not too expensive, "In this case Many companies in China have not done research and development in this area because it is not as good as buying them directly from abroad.

For the change of this status, the industry seems to lack confidence. "Looking at the research and development capabilities of domestic companies, the key is to be able to do these things. Now the products are available, but they can't reach the reliability of foreign countries," said Liu Bo.