Silicon has the highest theoretical specific capacity (4200 mAh g-1) and a low delithiation potential (<0.5 V), making it one of the most promising lithium-ion battery anode materials for graphite. [1] However, during the charging and discharging process, silicon undergoes a huge volume change, resulting in material pulverization, flaking, loss of electrical contact, and rapid capacity decay. [2] In order to reduce the volume effect of silicon materials, various methods have been tried, including preparation of amorphous silicon films, nano-silicon, porous silicon, silicon oxides, silicon-containing non-metal compounds, silicon-containing metal compounds, silicon/carbon. Composite materials, silicon/metal (active or inert) composites, etc. [3, 4] These methods either inhibit the volume expansion of the silicon material or improve the electrical contact between the silicon particles, thereby improving the cycle stability and the first charge and discharge efficiency of the silicon negative electrode to some extent. In addition to the improvement of the silicon-based active material itself, a great deal of research has been done on the electrode preparation process and the electrolyte.

One is to improve the performance of the binder. Conventional polyvinylidene fluoride (PVDF) binders tend to absorb electrolytes and swell, resulting in reduced bonding properties. On the one hand, exploring new high-performance binders, such as 1% styrene butadiene rubber (SBR) / 1% sodium carboxymethyl cellulose (SCMC) as a binder to prepare carbon-coated silicon anodes, the cycle performance is better than An electrode using a 10% PVDF binder is due to the greater elongation and adhesion of SBR+SCMC. [5] On the other hand, the study modified the traditional PVDF binder to improve its strength, elasticity and viscosity, inhibited the volume change of the active material, enhanced the adhesion between the silicon particles and the current collector, and improved The role of electrical contact. The modification methods mainly include two ways of crosslinking and heat treatment. [6] The charge and discharge cycle performance of the silicon negative electrode can be improved by improving the performance of the binder, but the improvement is very limited, and the required distance from commercialization is large.

In this paper, a novel silicon-based anode structure is designed. The flexible acetylene black coating is used to replace the traditional copper foil as the current collector. The active material is bonded between the acetylene black coating and the polyethylene film to improve the active substance and The bonding strength between the current collectors, and it is desirable to buffer the volume change of the silicon-based negative electrode during charge and discharge by such a sandwich structure.

Another important cause of the capacity reduction of the silicon-based anode is that the decomposition of LiPF6 in the electrolyte produces a trace amount of HF which causes corrosion to the silicon, see equations (1) and (2). [8]

In addition, since silicon is difficult to form a stable surface solid electrolyte (SEI) film in a conventional LiPF6 electrolyte, a new SEI film is formed on the exposed silicon surface along with the destruction of the electrode structure, which exacerbates the corrosion and capacity of silicon. attenuation. [9]

The formation of the SEI film on the surface of the electrode is due to the electrochemical reduction of the organic salt and the solvent, and its morphology and composition are mainly determined by the components in the electrolyte. It not only affects the lithium-intercalation kinetics of the electrode, but also affects the surface stability during long-term cycling. [10, 11] However, there are still few studies on SEI films and film-forming additives on silicon surfaces. [12, 13] In this paper, silicon film was used as the electrode, and the effects of four electrolyte additives on the cycle performance of the battery were studied. A preliminary exploration was made to improve the interface compatibility between silicon and electrolyte.

2.1 Preparation of a silicon-based anode with a flexible current collector

The thin film silicon negative electrode was provided by the Institute of Laser Chemistry of Fudan University. A copper foil was used as a substrate (the surface was previously etched with 0.12 mol L-1 of FeCl3 solution), and a silicon wafer was used as a target to prepare an amorphous silicon film by plasma sputtering in a vacuum environment.

The conventional electrolyte was purchased from Zhangjiagang Guotai Huarong Co., Ltd., which is a mixed solution of ethylene carbonate and dimethyl carbonate (1:1 by volume) of 1 mol?L-1 lithium hexafluorophosphate. Add 4 additives, the name and dosage are shown in Table 1.

A silicon negative electrode having a flexible current collector was punched into a pole piece with a punch having a diameter of 12 mm, placed in a vacuum oven at 40 Â° C for 8 hours, and then transferred to an argon-filled glove box. The lithium metal sheet is used as the counter electrode, the ET20-26 is the diaphragm, and the CR2016 button battery is assembled by the conventional electrolyte. The constant current charge and discharge performance test is performed on the LAND battery test system (provided by Wuhan Landian Electronics Co., Ltd.) at 20 Â°C. The charge-discharge cut-off voltage is 0.01 to 1.5 V with respect to Li/Li+, and the charge and discharge current density is 0.2 mA cm-2.

For the thin film silicon negative electrode, a half-cell is assembled using an electrolyte containing an additive, and the charge and discharge current density is 0.0381 mA cm-2, and the voltage range is 0 to 1.5 V. Others are the same as above. In this study, the lithium-intercalation process of the corresponding material in the discharge corresponds to the delithiation process.

The surface morphology of the silicon thin film electrode after 20 cycles was observed by a field emission scanning electron microscope (JSM-7401F). Remove the electrode in the de-lithium state from the battery in the glove box, dry it repeatedly with DMC, dry it naturally, place it in a sealed glass bottle filled with argon gas, then take it out of the glove box and quickly transfer it to the scanning electron microscope. Sample room.

The charge and discharge capacity of the first 20 cycles of the silicon-based negative electrode using the acetylene black coating as the flexible current collector is shown in FIG. Its first charge-discharge coulombic efficiency is 85%, and the reversible capacity after 20 cycles is about 1100 mAh g-1. The silicon-based anode using conventional copper foil as the current collector has a coulombic efficiency of 81% for the first charge and discharge, and the reversible capacity is attenuated to less than 200 mAh g-1 after 12 cycles.

The improvement in cycle performance is due to the sandwich structure of this silicon-based negative electrode. The active material carbon-coated silicon layer is tightly sandwiched between the elastic diaphragm and the flexible current collector layer, and the flexible current collector layer changes correspondingly with the deformation of the carbon-coated silicon layer, thereby reducing the mechanical stress between the two. Thereby, the interface electrical contact state is improved, and the cycle stability of the silicon-based negative electrode is remarkably improved.

We are professional manufacturer of aluminum alloy wheel rims in China. Our products passed ISO9001:2000 and ISO/TS16949. We can supply products to BMW,BENZ,AUDI directly in the highest quality.

CNC made in Taiwan 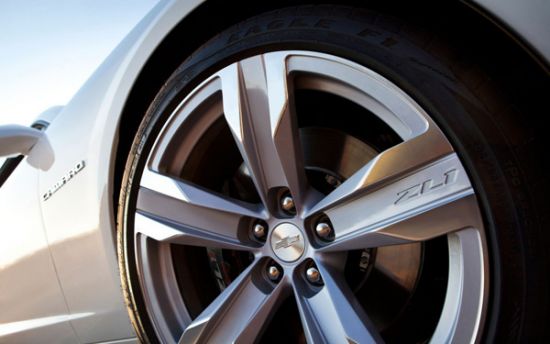 Welcome to visit our factory!