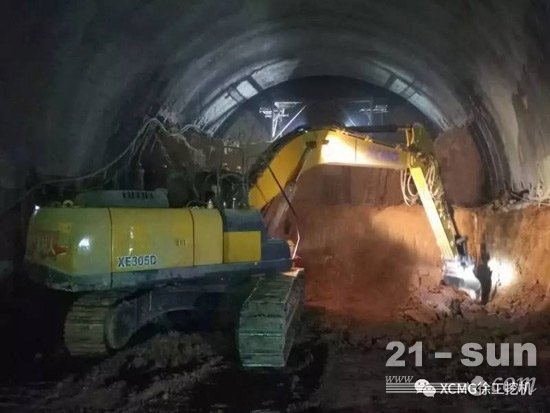 In order to improve construction efficiency, XCMG digging machine deeply studied the construction conditions and construction methods, and adopted the XE305D excavator with greater digging force and wider excavation scope. The hard mining bucket was developed in a targeted manner, which greatly improved the excavation efficiency; Quick change implements, loose soil buckets and loading buckets can be easily switched, and at the same time combined with the configuration of multiple hammers, milling heads and other multi-tool pipelines, the user can directly switch the display with a single button, which improves the utility value and function of the equipment; Grade filter air filter system, effectively filtering air under heavy dust. At present, the car is working 20 hours a day on average and has been subjected to severe tests of dust and work intensity. It has increased construction efficiency by 50% and has effectively guaranteed the progress of the project.